Pavement Management System (PMS) refers to a multi-faceted computerized system that collects, sorts, analyzes and stores data thereby enabling road personnel to determine when and where road resurfacing should occur. Making evaluations and creating management strategies based on objective, verifiable data generated by such systems saves money, time and improves the quality and safety of public roadways. The size of a given PMS database will depend on the number of highways and the lengths of the segments to be analyzed, and the analysis tries to predict how long a road segment will last with a certain type of repair under specified traffic loads, climate conditions, and other variables. Charleston County utilizes Cartegraph Pavement View and Cartegraph Pavement View Plus software to store, sort, analyze, predict the condition and develop plan to maintain roads in Charleston County. 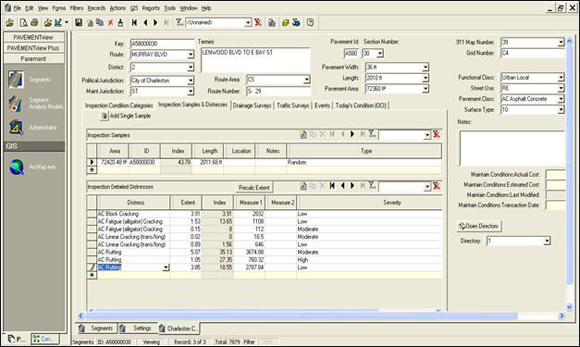 The condition of a road is based on the data collected by an automated collection vehicle. The data is used to determine the Pavement Condition Index (per ASTM D6433) and Ride Index (International Roughness Index per ASTM E950-98).  These values are combined to calculate a road’s Overall Condition Index (OCI).

To prioritize roads for treatments and develop maintenance plans, Charleston County uses a Network Priority Ranking (NPR) system based on the Overall Condition Index (OCI), Functional Classification (FC) of the roadway and the Ride Index (IRI).

These accomplishments are significant, given the increasing demand that the public puts on the paved infrastructure. Charleston County has been one of the fastest growing counties in the state, and that growth pressure is acutely felt on its roadways. Perhaps one of the most unique aspects of Charleston County's pavement maintenance program is its application on roads owned by several different jurisdictions.  The County’s PMS process evaluates roads owned by the County, all municipalities within the County, and even state-owned secondary roads, and includes them in improvement contracts based on their conditions.  In total, the County maintains a Pavement Management System of approximately 1650 centerline miles of roadway. 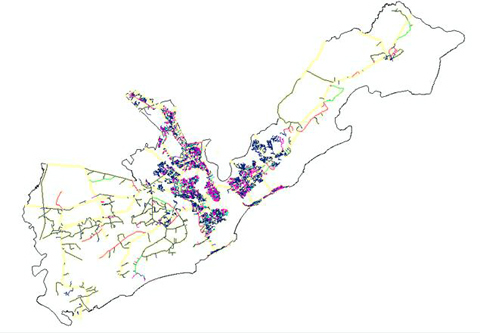 Transitioning From a Reactive to a Proactive Approach

As with many other state and local governments, Charleston County once embraced the practice of paving the worst roads first. In the early 1990’s Charleston County used note cards to catalogue the condition of roads, determined by periodic observation, then addressed maintenance using what was basically a “squeaky wheel” strategy for road improvements, i.e. whoever yelled loudest or complained the most got attention. Roads would be identified for repair and resurfacing only after people called to complain about them. Simply put, the good roads were left alone until they began to show major signs of distress and someone began to complain about it. This tactic of reacting to pavement problem areas, rather than proactively setting priorities, meant resurfacing efforts were not cost effective and never made sufficient progress. And since roadways are typically one of the largest fiscal investments for any state or local government, proper stewardship of these dollars is critical, especially when budgets are lean and tight. Roadways are never inexpensive, but when pavement is not maintained and problem areas not identified and addressed early enough, the costs compound. Studies indicate that as traffic levels increase, the repair bills increase as well, which means that the strategy of fixing the worst roads first is an unsustainable and expensive method, and eventually can turn into the proverbial “dog chasing his tail.”

Research has shown that for every dollar spent on preservation, we save six to ten dollars that would have to be spent on rehabilitation or reconstruction down the road. 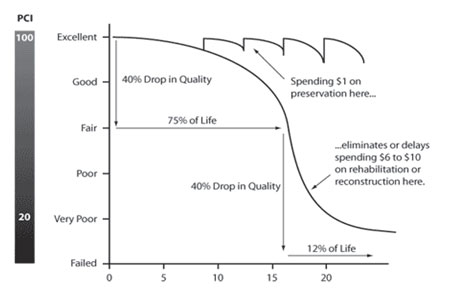 In an effort to become more proactive in our approach to pavement management, Charleston County has begun to separate the funding into three categories:

By prioritizing the roads and distributing the funds within the three categories the County will be able to improve more miles of roadway for the same amount of money and the overall condition of the system will improve. The goal of the three tiered approach is to address the roads before they reach the point of needing a reconstruction treatment.

Charleston County utilizes two funding sources for pavement management. The first is “C Funds” –dollars generated by the state’s 16.8 cents/gallon gasoline tax (2.66 cents of which is obligated for C Funds) and allocated specifically for road resurfacing projects. (As point of note: South Carolina has the 5th lowest gasoline tax in the United States, including Washington, D.C.) The South Carolina Department of Transportation obligates “C” funds to the Charleston County Transportation Committee (CTC) each year and historically the CTC allocates between $3 and $3.5 million per year for resurfacing.The second funding source is the County’s Transportation Sales Tax Program. In which $4 million per year is allocated for resurfacing contracts, with half of that being performed on state-owned roads selected by the SCDOT. This is part of an Intergovernmental Agreement (IGA) between Charleston County and the SCDOT that was developed at the conception of the program.
Next >

Asphalt pavements deteriorate over time like any other product. This deterioration occurs slowly at first, but then begins to accelerate as time wears on, especially if the streets are neglected. With no maintenance or preserving of the streets, the deterioration begins to show with weathering, cracking, potholes, divots and ruts. Asphalt is designed to be a flexible pavement, to move with the loads it carries and with the expansion and contraction from weather changes. As an asphalt pavement ages, the binder becomes more brittle and has less ability to flex and move. However the pavement still moves under the stresses being applied but it no longer has the flexibility it once did and therefore begins to crack. Additionally as the surface begins to age due to the elements and the binder become more brittle the fine aggregate on the surface of the road begins to release leaving a very rough texture.

Preserving an asset versus rehabilitation and reconstruction is certainly not a new idea and neither are many of the techniques that can be used to preserve a roadway. In order to preserve our roads in a good condition we must implore preventative maintenance measures to the road surface much like we protect the exterior of a house. Just as we caulk and paint the exterior of our houses to protect them from the elements, we can do the same to our roads. Techniques such as crack sealing and thin asphaltic layers are the caulk and paint for roads. The intention is to keep our good roads good by applying the right treatment on the right road at the right time.

Several preservation techniques are being considered and tested as pilot programs to stretch the County’s road maintenance funds even further. Some examples of these techniques are:

The concept of pavement preservation can sometimes be tough for the public and elected officials to accept and can raise the question of why spend money on a good road when other roads are in worse condition. The reality is that it costs less to keep good roads good than to allow them to deteriorate, which leads to reconstruction or rehabilitation. The cost simply outweighs the benefit to continue the worst first way of doing things and the only way to get out from under the avalanche of deteriorating pavements is to stop the rate of deterioration through the application of less costly preservation treatments. 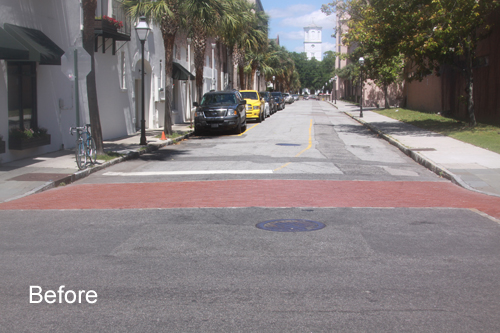 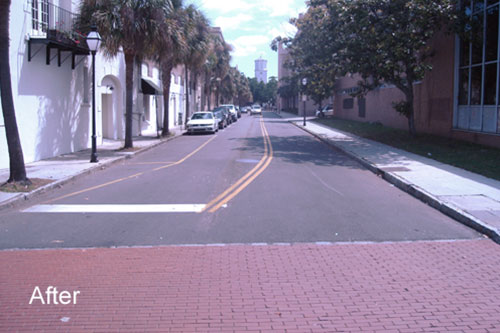 Some examples of reconstruction treatments include: